This morning I arrived very early at work. The media subject this week is Bin Laden and the killing. I say it was very disappointing that he was not brought before an international court. I understand the implications and difficulties related, but how are we better than our enemies if we act as they do? Worse yet is the uncertainty left in the air.

As I left the elevator I met two workers: a janitor and a building guard. Their conversation called my attention. It was about Bin Laden and his death. I came in just as they were saying that Bin Landen would now be somewhere in a nice place watching the news and laughing. I asked them directly “don´t you believe he is dead?” “No, I don´t”, the lady affirmed. “Where is the body?” went on the guard.

These are very nice and common people. We are in Brazil, here there is no fear of any sort of retaliation. The news arrive filtered, translated, you name it. These workers don´t speak English or Spanish they can´t read international newspapers. They have what TV GLOBO gives them. And it was very clear that the body was quickly disposed of.

Now, again, this is in Brazil, we don´t know much and we could reach this conclusions. Can you imagine what is going on elsewhere?

Bellow, three theories I just heard from my coworkers after telling them what I just told you above:

#1 Bin Laden bought his way out of the situation. He is very rich. He had many sons, with all that beard of his and the turban… He’s probably become now one of his own unknown sons. “What?!” Yes, now he has a new name and he can lead pretty much the same life still being a Laden family member.

#2 Bin Laden is very rich and bought his way out of the situation long ago. He probably planted that place (where he was allegedly caught) a long time ago and now has a new face and ID. He is somewhere in Rio de Janeiro and probably has been twice to Carnival already – 2010 and 2011 parades.

#3 Very similar to the second one, Bin Laden is very rich and bought his way out of the situation. He´s probably planted that place (where he was allegedly caught) long ago and now has a new face and ID.  He is somewhere in Vegas with Elvis.

Can you imagine how many stories will come up in the Middle East and in the rest of the world? And I mean, much better than the ones above. I am sorry but something is not right or was not made the right way. Or, maybe that is exactly what was expected – specially in US – lots of talking.

How about you? What is your conspiracy story or what are the stories you heard around? Please, put them in the comments here or if you write about them comment here too and add your link, ok? By the way have you seen or heard of any by Mr. Michael Moore? 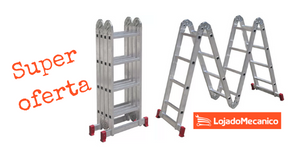 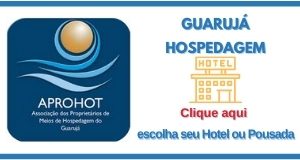